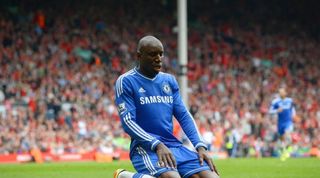 The incident was not thought to have been heard by the Senegal international, although it was reported to anti-racism group Kick It Out.

Premier League leaders Liverpool are now in the process of looking into it.

"We have been made aware of an allegation made to Kick it Out and we are investigating the matter," a Liverpool spokesperson told Perform.

Jose Mourinho's Chelsea side won the game 2-0, with Ba opening the scoring on the stroke of half-time after capitalising on a slip by Liverpool captain Steven Gerrard.

The result saw Chelsea close the gap on Liverpool to two points with two games remaining.