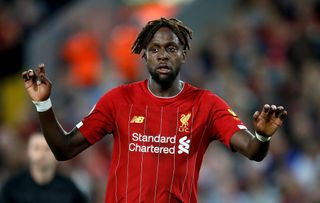 To capitalise on their recent success, Liverpool are seeking to refresh their squad ahead of next season.

Jurgen Klopp's side find themselves 15 points clear at the top of the Premier League - needing only to win two of their remaining nine games to be crowned champions.

However, the season is currently suspended as precautions are taken to stem the spread of coronavirus in the UK and the rest of the world.

If the current campaign is to be completed, that would mean a Premier League trophy in the hands of Liverpool for the first time in 30 years.

Such an achievement is no small part down to the impressive work off the field by the recruitment team led by Sporting Director Michael Edwards.

Smart, well-timed additions have been followed by a period of reduced activity, in which Liverpool have opted to stick to their guns.

But, according to the Mirror, the time for change has come and this summer, the Reds will look to clear the decks in preparation for new faces.

Despite signing a new contract last summer, Divock Origi is the first name on the list of potential outgoings.

Origi scored a number of important goals for Liverpool at the back end of last season, but he is seen as too far off the quality of Roberto Firminho, Mohamed Salah and Sadio Mane.

Another name that could be shown the door is Dejan Lovren, who has struggled to make an impact in the last couple of seasons.

Having fallen behind Joe Gomez and Joel Matip in the pecking order, Dejan Lovren's hope of partnering Virgil van Dijk in the foreseeable future are all but lost.

Naby Keita is also reported to be for sale this summer, despite barely holding down a starting place since arriving from RB Leipzig.

Keita's injuries have prevented him from having a consistent run of games and the midfielder has been left behind in terms of form.

The other players reportedly set to leave Liverpool are Xherdan Shaquiri, Loris Karius and Nathaniel Clyne.

Quiz! Can you name the top scorers in Europe's top five leagues this season?