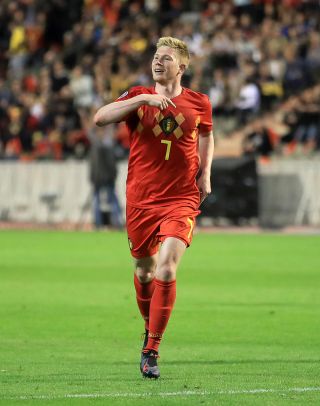 Scotland face Belgium for the 20th time on Monday as they look to get their Group I campaign back on track in the European Championship qualifiers.

Here, the PA news agency gives you the lowdown on the visitors to Hampden.

Belgium have won all five qualifiers so far, scoring 15 goals and conceding one. The latest was a 4-0 win over San Marino on Friday, although it took a 43rd-minute penalty to break the deadlock. The world’s number-one ranked side have only lost two of their last 36 matches stretching back three years, the defeats coming against France in the World Cup semi-finals and a 5-2 loss against Switzerland in the UEFA Nations League.

Belgium have won 12 games to Scotland’s four in 19 meetings between the teams. Scotland’s most recent victory came in a European Championship qualifier in 1987 when goals from Paul McStay and Ally McCoist earned a 2-0 win. Scotland have failed to score in five consecutive defeats since Belgium earned a last-gasp 2-2 Hampden draw in a World Cup qualifier in March 2001.

Injury has deprived Belgium of arguably their best player, Real Madrid’s Eden Hazard, along with his brother, Thorgan, plus former Celtic defender Dedryck Boyata and Anderlecht player/manager Vincent Kompany. But they are not exactly short of options with Inter Milan forward Romelu Lukaku among the unused substitutes in San Marino.

The away bench features two familiar faces in manager Roberto Martinez, who briefly played for Motherwell before becoming a successful manager with Swansea, Wigan and Everton. Shaun Maloney, who scored seven goals in 47 Scotland appearances, is the Spaniard’s main assistant after the departure of Thierry Henry.