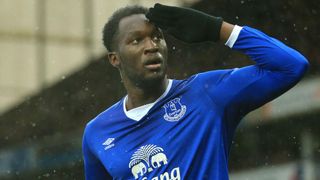 Former England striker Ian Wright has warned Everton star Romelu Lukaku not to join Manchester United as he has little to gain at Old Trafford.

The Belgium international has been in stunning form in 2015-16, scoring 19 goals in 25 appearances across all competitions and is continually being linked with a move, with United believed to be among his admirers.

However, Wright feels Old Trafford would not be a good destination for Lukaku - who has a contract until June 2019 - due to the ongoing unrest at the club.

"Manchester United would not be attractive to him at the moment because of the turmoil they are in," he told The Sun.

"Because he would have to go there with a massive price tag on him and he'll have to do it and whether he can do that is a different story, with the pressure on Manchester United.

"With the pressure they are under for not winning, they are not attractive."