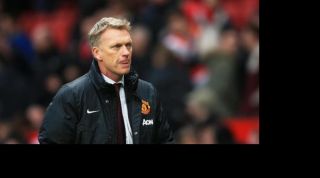 The club confirmed on their official Twitter account on Tuesday that the Scot has left the club after less than a year in charge.

"The club would like to place on record its thanks for the hard work, honesty and integrity he brought to the role," a further tweet read.

Moyes, whose appointment on a six-year contract as Alex Ferguson's successor was announced last May, endured a disastrous reign at Old Trafford.

United's defence of their Premier League title has been meek, with the club losing 11 of their 34 top-flight games so far this season to languish in seventh place - some 23 points adrift of leaders Liverpool.

And Sunday's 2-0 defeat at Moyes' former club Everton - which ensured the Old Trafford outfit cannot qualify for next season's UEFA Champions League - proved the final straw for the United hierarchy.

United will end the campaign without any major silverware, having been knocked out in the Champions League quarter-finals, FA Cup third round and League Cup semi-finals by Bayern Munich, Swansea City and Sunderland respectively.