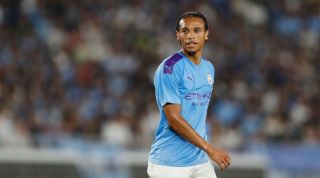 Manchester City are willing to sell Leroy Sane to Bayern Munich this summer in a player-plus-cash deal involving Serge Gnabry.

According to the Star, City are prepared to let Sane leave the club in order to offset the financial losses of being banned from European competitions for the next two years.

The club's ban for breaching UEFA's Financial Fair Play rules will see them lose out on around £140m in revenue by not being in the Champions League.

That was the amount Man City wanted for Sane when Bayern first showed interest in the winger last year. Any potential transfer fell through when the 24-year-old suffered a knee ligament injury.

Sane has not played since the Community Shield win over Liverpool back at the beginning of August. However, he could make his long awaited return in tonight's Premier League match with West Ham United.

City are now ready to accept £80m for Sane, who will enter the final year of his current contract this summer. Despite being offered a new and improved deal, the Germany international has refused to sign and the current English champions are ready to admit defeat.

Yet the Sun claim that while Sane could indeed leave for Bayern, Man City are keen for Gnabry to come in the opposite direction as part of the deal. Pep Guardiola wants to add new forwards to his squad this summer and the former Arsenal man is among his list of targets.

Others include Leon Bailey, whom Bayer Leverkusen value at around £25m, and Real Sociedad's Mikel Oyarzabal - who would cost £70m.

Any deal could be affected by City's inability to offer European football for the next two seasons; although they are set to appeal UEFA's decision.