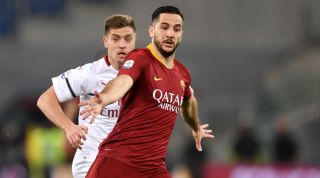 Kostas Manolas is ready for a new challenge and Manchester United could activate his £31 million release clause this summer.

According to Leggo, Manolas is looking to leave Roma after five years at the club.

Ole Gunnar Solskjaer may let Marcos Rojo go this summer and the future of Eric Bailly is uncertain, but the Norwegian needs to remedy a longstanding issue at Old Trafford.

United are on the hunt for proven quality in central defence and Manolas, 27, is just that.

The Greece international helped Roma to a Champions League semi-final last season and is regarded as one of the club's prized players.

United are likely to view such a release clause kindly in today's market, but could face competition from Arsenal.

HOPE 10 brilliant away performances by British sides in Europe