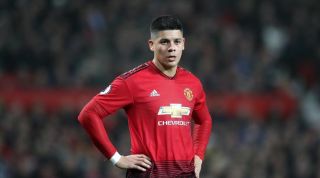 Marcos Rojo is close to leaving Manchester United for Fenerbahce, according to A Spor.

Rojo is not in Ole Gunnar Solskjaer's plans for the 2019/20 campaign and has yet to be included in a United matchday squad this term.

The Argentine defender came close to joining Everton before the English transfer window closed, but United pulled the plug on the deal as they feared the Toffees would prove to be top-four rivals.

Rojo is now set to seal a loan move to Turkey, with Fenerbahce closing in on his signature.

Most clubs around Europe have until September 2 to complete their transfer business this summer.

Rojo has made 113 appearances for United since joining the club from Sporting CP in 2014.