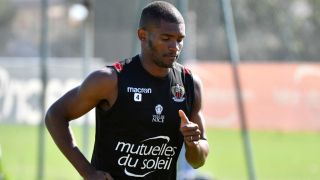 Barcelona defender Marlon is expected to leave the club on a permanent deal after returning from a loan spell at Nice.

The 22-year-old made 23 appearances in Ligue 1 last season after making the move to France's south coast in August.

Marlon's agreement was for a two-year stay but Barca have exercised the option to bring him back to Camp Nou early, prompting speculation he will be sold in the coming weeks.

The Brazilian full-back has been heavily linked with a move to West Ham for a fee in the region of €15million to €20m, although Manuel Pellegrini's side are reportedly concerned about his slight physique.

Marlon moved to Barca from Fluminense in 2016 but has made only three competitive appearances for the senior side.