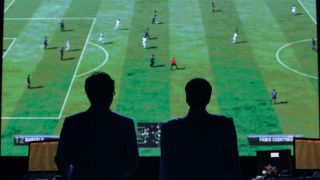 Manchester City have signed their first eSports player, to represent them while playing FIFA 16.

Kieran 'Kez' Brown from York has been brought in as City "announce their move into eSports" - pitting skilled video gamers against each other.

Brown will represent City at tournaments, as well as events involving fans, although he will not be expected to control Pep Guardiola's Premier League superstars each time.

"I'm going to livestream on twitch, I'm going to be making videos for Manchester City's YouTube channel and I'm going to be playing some City fans and representing City in future tournaments, which I'm looking forward to.

"This is an opportunity which not many people get the chance to do and I couldn't turn it down."

Happy to Announce I'm the first e-Sport FIFA player for .Something New. Something Different. I look forward to seeing how this goesJuly 6, 2016