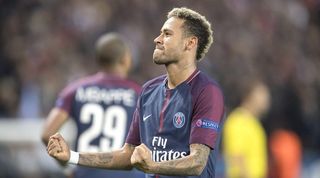 Neymar has assured PSG that he will give his all to the clubthis season despite having wanted to leave all summer, report the Independent.

The European transfer window remains open until Monday, but the Brazil international's hopes of departing the Parc des Princes are hanging by a thread.

Both Barcelona and Real Madrid have attempted to acquire the forward in recent weeks, but neither has come up with an acceptable proposition.

Barcelona have not yet given up hope of bringing Neymar back to the Camp Nou, but the player has told PSG that they should have no concerns about his attitude should he still be on the club's books on Tuesday.

The 27-year-old was previously "desperate" to return to La Liga, but his stance has softened in recent weeks.

PSG sporting director Leonardo confirmed on Friday that there is currently no agreement in place for Neymar to leave.