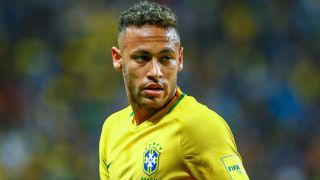 The world-record transfer of Neymar to Paris Saint-Germain has presented Barcelona with the chance to return to their traditions, according to president Josep Maria Bartomeu.

European football was left stunned when the Brazil star completed a move to Ligue 1 after PSG paid his €220million release clause to shatter the record for the most expensive signing in history.

Barca broke their own club record to bring in Ousmane Dembele as a replacement, paying an initial €105m fee to Borussia Dortmund that could reportedly rise to as much as €150m.

Attempts to sign Philippe Coutinho from Liverpool proved fruitless and other targets including Jean Michael Seri and Angel Di Maria also eluded the Catalans before the Spanish transfer window closed on September 1.

But Bartomeu believes that the club can return to their roots of a strong team collective and a focus on academy players now that the 'MSN' trident of Lionel Messi, Luis Suarez and Neymar has been broken up.

"It's better to have the talent at the club," he conceded to Sport. "But you can't be too pessimistic. It's an opportunity for Barcelona to break the trident and to bet on collective play.

"We're coming off Luis Enrique's project and now there's [head coach Ernesto] Valverde. There's total confidence in him. He's a boss that believes in the Barca model and in players from La Masia.

"[It's an opportunity] to end the strength of the trident. It's been really good but it's had consequences. It's an opportunity to play a return to collective football in midfield, which is traditionally Barca's strength.

"His exit allows us to strengthen the model, to not fall back on the trident all the time. Plus, we've got money. We've earned €105m and there's more to invest in football, in assets... Let's see what we do.

"It's an opportunity, with a new manager, a new project. We can't be pessimists. Let's stop being pessimistic!

"Internally there's no pessimism. People think Neymar's exit weakens the team. The opposite. We have to take advantage of this opportunity to strengthen the team."

Bartomeu is frustrated that the timing of Neymar's decision to leave forced Barca to pay such a significant sum to sign Dembele.

However, he feels the manner of the former Santos forward's departure will prove an important learning curve when it comes to release clauses in future contracts.

"It distracted us too much," he said of the speculation prior to Neymar's move. "I would have preferred them to tell us before 'we're going'. We would have looked for a replacement in a normal market. The way of doing it wasn't right.

"Historically, Barca look for exits for players that want to leave. We don't stop players leaving. The same with Neymar, but we would have preferred to have Dembele at a better price."

Asked what he had learned, he added: "We have to increase the buyout clauses.

"There's an inflated transfer market that doesn't come from football but from elsewhere. Our decision: increase the academy, the revenue and work with UEFA, FIFA and ECA so that [Financial] Fair Play is applied with force and there's a limit on transfers."