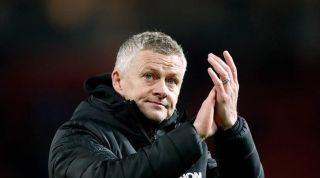 However, the Red Devils have largely struggled since then, and currently sit six points adrift of the top four.

United suffered their eighth defeat of the Premier League season against Burnley on Wednesday.

"I don’t think the ownership is going to change, the Glazers, I think they’re here for quite a while," the former United midfielder told BT Sport.

“I think Ed Woodward needs to change, he’s done ever so well for United from a commercial point of view, bringing money into the club, merchandise, that kind of stuff.

“But when you talk about bringing in quality players, players that are going to take this club forward, we’ve seen the players he’s brought in.

“[Marcos] Rojo, [Bastian] Schweinsteiger, [Morgan] Schneiderlin, people like that. These aren’t players [that make a difference].

“He needs to take a back seat. We talk about Michael Edwards at Liverpool who is their football director. Most of the clubs in the league have one. It’s the way European clubs have always been.

“For some reason at Man United we’ve decided we don’t need one. I said at the start and I’ll say it again, too many people got sucked into the fact he [Solskjaer] had such a good start when they won 14 out of 19 games that he was the man for the job.

“He was an interim manager. They had plenty of time to wait until the end of the season, do their research, see who was out there, but they all got sucked into it.

“The crowd got sucked into it and so did the owners. You’re talking about a manager who took Cardiff down, went to Molde.

“The CV’s not great from that point of view. I want Ole to do well, if he does well Man United do well.

“But they haven’t done their homework properly and that comes from Woodward so maybe he’s the one who should step back and bring in someone else who knows about the football game.”

United face Tranmere in the fourth round of the FA Cup on Sunday.