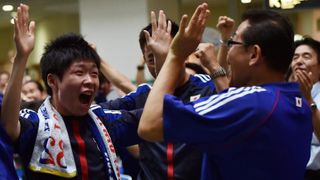 Japan will successfully defend their Women's World Cup title against United States in Vancouver on Sunday, after Olivia the parrot predicted on Friday.

In scenes reminiscent of Paul the Octopus at the men's FIFA World Cup in South Africa 2010, 10-year-old Olivia - a grey parrot - had little hesitation in selecting the Japanese flag over the American one at her home, the Nasu Animal Kingdom in Tochigi Prefecture, Japan.

Paul the Octopus correctly predicted all of Germany's seven matches at the 2010 World Cup, and Olivia has also showed her prowess so far.

For Japan's semi-final against England, she twice selected the English flag before changing her mind and eventually landing on the Rising Sun much to the joy of the locals.

The match was England's for the taking, until a late own goal sent Japan through 2-1 and proving Olivia a psychic.