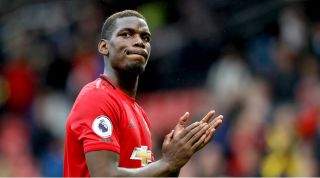 The recruiter who discovered Paul Pogba has predicted that the Manchester United midfielder will join Real Madrid for a "new challenge", but believes it could be a mistake for him to do so.

The France international has been persistently linked with a move to the Bernabeu throughout the summer.

European clubs have until Monday to complete their transfer business, but United will not sell Pogba now that they are unable to sign a replacement.

However, Madrid are expected to renew their interest in January or at the end of the 2019/20 campaign.

And Franck Sale, Le Havre's head of recruitment who helped spot Pogba as a youngster, believes his former protégé will eventually join the La Liga giants - but he also warns that the player may struggle to shine under a manager like Zinedine Zidane.

"Paul is a man who needs to be challenged. I think he is becoming too comfortable at United. It's not as demanding for him as it was a few years ago," Sale told Optus Sport.

"I think he is ready for a new challenge, that's obvious. I can see him leaving for another big club searching for this new challenge.

"If Paul has a coach with a strong personality around him, in time there will be a clash somewhere.

"When he left for Juventus a few years ago, with Alex Ferguson that was very complicated too. Paul didn't concede because he has such a strong character. So when he says, 'I'm leaving', he's leaving.

"If tomorrow he goes to a big club like a Real Madrid, he'll still have his conflicts, even with Zizou [Zidane]."

Pogba and United will be looking to bounce back from last weekend's shock defeat by Crystal Palace when they take on Southampton on Saturday.

Revealed! The best- and worst-case European group draws for every British club this week