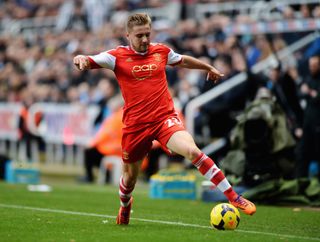 The teenage full-back has been linked with a move to both Old Trafford and Stamford Bridge during the January transfer window after impressing since Southampton's return to the Premier League in 2012.

Shaw came through the academy system at St Mary's, and Pochettino has insisted he wants to keep hold of the highly rated 18-year-old while also bolstering his squad.

"Southampton has no interest in selling him (Shaw), not at this moment or in the summer," the Argentinian said, ahead of his side's trip to table-topping Arsenal on Tuesday. "We have no intention.

"We are working on some things (incoming transfers). We have a great group of scouts working for us.

"We are assessing the balance of the squad. Maybe we will be able to do something in the next few days.

"As the manager, I am fully focused on the tomorrow's match. We have other people to look after them (transfers)."