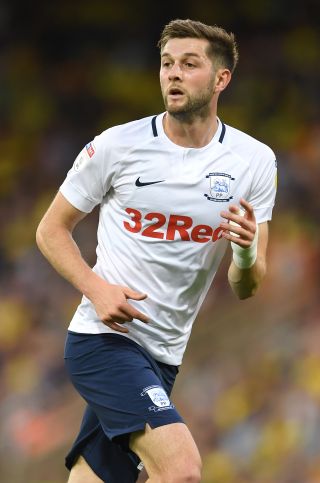 Preston took no pity on lowly Mansfield as they cruised into the Carabao Cup second round with an impressive 4-0 victory.

Goals from Tom Barkhuizen, Sean Maguire, Patrick Bauer and Josh Harrop did the damage as the Championship side proved far too strong for their League Two visitors at Deepdale.

Slack defending from misfiring Mansfield also contributed to their downfall, although Andy Cook struck the post early in the match.

The warning signs were there in the eighth minute when striker Maguire forced a smart save from Czech keeper Marek Stech, but to the Stags’ credit they countered well and Harry Charsley saw his goal-bound shot charged down by Alan Browne.

Then came Cook’s excellent opportunity, but he was unlucky to see his shot cannon off the post and to safety.

Irishman Charsley had another powerful shot blocked a minute later as the Stags sniffed an upset against the home side.

However, midfielder Brad Potts teed up Barkhuizen in the 14th minute and the winger rifled into the bottom left corner to give the Lancashire side the lead.

And it got even better eight minutes later when Maguire picked out the top left corner with a splendid strike.

The Stags were reeling and nearly conceded again when playmaker Potts header narrowly over from a teasing Barkhuizen delivery.

But the hosts did not have long to wait for their third goal when German centre-back Bauer netted from a Josh Harrop corner just two minutes later.

Ryan Sweeney headed wide narrowly after the half-hour mark from a Charsley cross before alert shot-stopper Stech prevented a fourth goal with a good save from Harrop.

Maguire had a shot blocked early in the second half as he went in search of a second goal and the busy Stech thwarted Tom Bayliss with an excellent save.

Harrop was not to be denied a place on the scoresheet, however, when he hammered home in the 65th minute to well and truly put the result out of sight.

Barkhuizen had a good chance for his second of the afternoon but he headed agonisingly wide of the right post.

Malvind Benning tried his luck with an ambitious long-range effort late in the action but the Stags were well beaten.

Potts went close in the dying stages and substitute Scott Sinclair had two good efforts charged down as Preston pushed for a fifth goal.