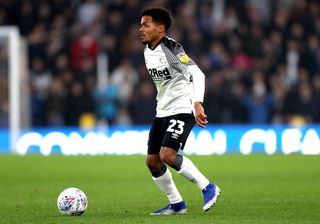 Lockdown came at just the right time for Alex Neil’s boys in many ways. After losing three of the last five games before the break - granted, two were against West Brom and Fulham - Preston North End are hanging onto sixth place by a point.

The Lilywhites will be hoping to go on another run of form like the one between August and November, which saw them lose just once in 15 matches. Tom Barkhuizen and Daniel Johnson have been integral at the sharp end of the pitch for Preston this season and fans will be hoping the pair link up with the same ferocity that they’ve shown in patches this season.

Four points since the restart have put the Lilywhites in pole position for the play-off chasing pack.

Last season’s play-off finalists Derby have struggled to hit their stride under new manager Philip Cocu this season. The longest winning streak they have managed is two games – a feat they equalled in March before coronavirus hit.

Results have picked up since former England captain Wayne Rooney joined in January, and the Rams resume the season with the play-offs now a genuine possibility.

Kick-off is at 5pm BST and the game is being shown on Sky Sports Football and Sky Sports Ultra HD in the UK. See below for watching details where you are.