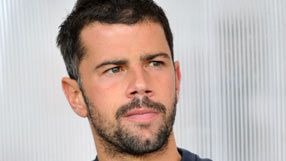 "Paris Saint-Germain and Mateja Kezman have reached an agreement to terminate the player's contract," the Ligue 1 club said on their website.

The 31-year-old joined PSG on loan from Turkish club Fenerbahce in 2008.

Kezman, who also had spells with Chelsea, Atletico Madrid and PSV Eindhoven, scored five goals in 35 league appearances for PSG and failed to make an impact at the French club.