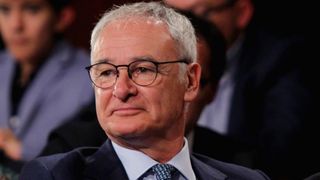 Leiceister City manager Claudio Ranieri has revealed Ben Chilwell is set to sign a new deal with the Premier League champions amid speculation linking him with a move to Liverpool.

The Anfield side had allegedly earmarked the England Under-21 international as a valuable addition to their defence, but the 19-year-old has made the decision to sign a new contract with Leicester instead, with his current deal set to expire at the end of the season.

"He is very close [to signing a new deal] and he will stay with us," Ranieri said at a news conference when asked about Chilwell's future.

Experienced attacker Leonardo Ulloa has also been heavily linked with a move away from Leicester, but Ranieri insists there is no truth in such rumours, claiming there are no more players who want to leave following N'Golo Kante's switch to Chelsea.

"It is not true because no one asks me something and it is only speculation," Ranieri added.

"Ulloa is very happy at Leicester. He works very hard in training and in the last match as well. I am very happy with him and with all my players.

"My plan is to keep all my players. Kante wanted to go and good luck to him, but the others all want to stay."