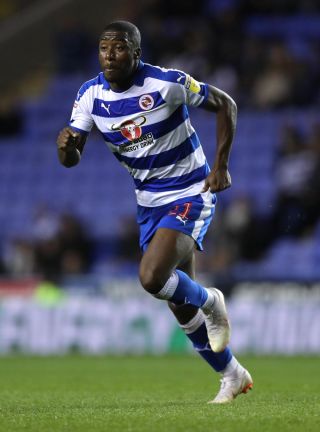 Reading ended their run of seven Sky Bet Championship games without a victory after a 3-0 win over Sheffield Wednesday at the Madejski Stadium.

Goals from Yakou Meite and George Puscas in addition to a Sam Baldock penalty guided the Royals home.

The results means that Wednesday, who had to play for most of the second half with 10 men after having Osaze Urhoghide sent off, have now won just once in their last 10 league outings.

Wednesday boss Garry Monk made four changes with Urhoghide, Joey Pelupessy, Kadeem Harris and Atdhe Nuhiu returning to the starting line-up. Barry Bannan and Tom Lees were among those to miss out, dropping down to bench.

The hosts were the first to create an opening when Fernando Forestieri broke clear and found Harris who forced a save from Rafael Cabral. Richards cleared as Alessio Da Cruz looked to pounce on the rebound.

Meite gave Reading a 21st-minute lead, tapping past Cameron Dawson after getting on the end of a great through ball into the area from Ovie Ejaria.

Urhoghide made an important block as Olise looked to find Meite.

Liam Palmer, captaining Wednesday in the absence of Lees, played a good ball into the box which just evaded Da Cruz and Nuhiu.

As Reading looked for a second goal before the break, John Swift set up Ejaria whose effort went over.

The Wednesday line-up showed one change after the interval with Bannan taking over from Pelupessy in midfield.

Wednesday were reduced to 10 men in the 49th minute when Urhoghide received a second booking after bringing down Ejaria.

Meite failed to direct his header on target after meeting a Swift cross.

Forestieri went close with an effort from outside the area.

Substitute Jacob Murphy, a few minutes after joining the action, was the next to pose a threat to the visitors, beating his man before delivering a dangerous ball into the area but there was no-one there to apply the finish.

Swift put an effort on target but it was straight at Dawson who made a comfortable save.

Ejaria had a chance to pile further misery on the hosts when he was one-on-one with Dawson, but the keeper did well to save.

Murphy then fired an effort on target from outside the area, but it failed to seriously test Cabral.

Baldock completed the scoring in stoppage time, finding the net from the penalty spot after Dominic Iorfa fouled Rinomhota inside the area.