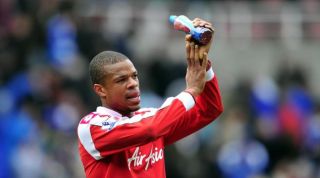 The 27-year-old was left out of the squad to face Sunderland in the Premier League on Saturday, amid reports he is on the verge of a move to Stamford Bridge.

Chelsea are in the market for a striker after allowing Fernando Torres to join Milan on a two-year loan agreement.

And speaking to TV cameras ahead of the Sunderland clash, Redknapp said: "He [Remy] has got a move. I think the deal looks like it is probably done."

When asked directly whether the club involved was Chelsea, the QPR manager responded: "As far as I know, yes."

Remy was in line for a switch to Liverpool ahead of the start of the season but the deal fell through at the last minute, reportedly due to a failed medical.