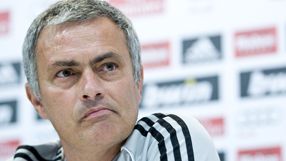 The Cypriots have been the surprise packages, reaching the last eight in their first appearance in Europe's premier club competition, but they failed to register a single shot on goal in the first leg.

"I won't make many changes," Mourinho told a news conference on Tuesday. "It is a Champions League game.

"Few believe APOEL will score four goals here tomorrow but in football you must show respect and to the fans as well."

Real are on the brink of a second consecutive appearance in the semi-finals, where they will face Bayern Munich or Olympique Marseille if they advance, and are also closing in on their first La Liga title in four years.

The nine-times European champions hold a six-point lead over second-placed Barcelona with eight games to play and face a difficult match against Valencia, who are third, in La Liga on Sunday.

"The players aren't tired. They want to play," said Mourinho.

"We have a good record in the Champions League over the last two years with many victories, the odd draw, and only one defeat, and we want to continue doing well."

The former Chelsea and Inter Milan coach also took a swipe at the local media, saying his side's morale was strong despite what he described as attempts to undermine their campaign with malicious rumours.

"Every day you try to destabilise us," said Mourinho.

"Last week I was supposedly going to Manchester City, Iker Casillas was going to Schalke 04, Angel di María to somewhere else, Kyle Walker [of Tottenham Hotspur] and [Liverpool's] Glen Johnson were on their way here.

"But the group is strong and we will stick together until the end when we will all laugh or cry together."