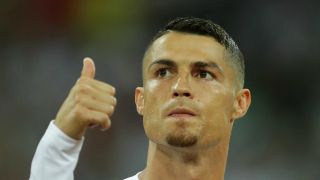 Juventus supporters greeted Cristiano Ronaldo in Turin as he made his way to meet with club doctors for his medical ahead of the completion of his transfer from Real Madrid.

The 33-year-old arrived in Italy on Sunday after Madrid agreed to sell their all-time leading goal-scorer to the Italian champions for €112million.

While the football world reacted to France's World Cup final victory over Croatia, Juve fans flocked to see their club's new hero arrive for his physical tests, with his official presentation as a Bianconeri player scheduled for later on Monday.