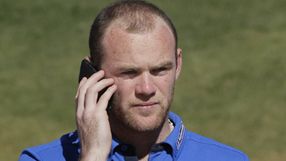 The new list of people filing claims for damages against the News Corp subsidiary that published the now-closed News of the World was disclosed after a hearing at London's High Court on Friday, the Press Association reported.

Murdoch faces a two-day grilling at the High Court next week by a judge investigating whether the political ties of the world's most powerful media tycoon created a company culture where illegal phone hacking could flourish.

Hugh Tomlinson, a lawyer representing many of the claimants, told the High Court on Friday there were a total of 4,791 potential victims of phone-hacking, adding police had contacted 1,892 of them.

The claims for alleged invasion of privacy are due to be heard at the High Court next February unless they are settled first.

News Group Newspapers, publisher of some of News Corp's British titles, has reached out-of-court settlements with dozens of people whose voicemails were illegally intercepted by the Sunday tabloid.

Most of the payouts have been in a range of roughly 30,000-60,000 pounds but a small number have been much higher. Singer Charlotte Church received 600,000 pounds, half of that covering legal costs, while actor Jude Law accepted 130,000 pounds and actress Sienna Miller got 100,000.

Murdoch's UK arm News International had claimed for years that the hacking of voicemails to generate stories at the News of the World tabloid was the work of a single "rogue" reporter who went to jail for the crime in 2007.

However, faced with a wave of evidence last year, it finally acknowledged the problem was widespread, sparking a scandal that has rocked the company, the British press and the political establishment.

British police have handed prosecutors four files of evidence against 11 suspects in the Murdoch phone-hacking scandal, a prosecutor said on Wednesday, bringing closer the likelihood of charges.