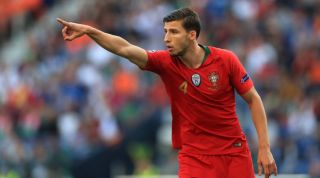 Portuguese outlet Correio de Manha has reported that Old Trafford representatives were in Lisbon on Wednesday to watch Dias in action during Benfica’s 2-1 pre-season friendly defeat to Anderlecht.

Contact has been made between the two clubs about the possibility of completing a deal for less than the 22-year-old’s €66 million release clause.

However, Benfica sources have said that the Portugal international won’t be allowed to leave for a discounted fee.

The outlet claims that the Red Devils’ pursuit of the defender stems from Barcelona’s reported interest in Victor Lindelof, with a move for Dias likely to take place if the Swede is sold.

Benfica’s €66m valuation is within United’s financial capabilities, so the Portuguese club’s president Luis Felipe Vieira is keen to hand the centre-back a new contract that would raise the release clause to €88m.