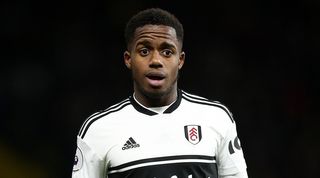 Manchester United are set to rival Tottenham for the signature of Ryan Sessegnon, write Sky Sports.

The Fulham teenager will depart Craven Cottage this summer following the club's relegation to the Championship.

Sessegnon is out of contract next summer and Fulham will therefore seek to cash in ahead of the 2019/20 campaign.

Spurs are long-term admirers of the winger, who can also play at left-back, while Juventus have also been keeping tabs on him this term.

However, United are currently in pole position to land the 19-year-old as they are the only side to have made an official approach.

Ole Gunnar Solskjaer is prioritising young, English players in the transfer market as he seeks to overhaul his squad following a disappointing sixth-place finish in the Premier League.