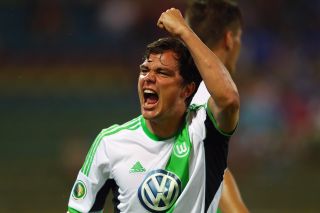 The 29-year-old joined Wolfsburg from 1860 Munich in 2007, and has since become a key player for the Bundesliga club.

Schafer was part of the side that won the title in 2008-09, and captained Wolfsburg in the second half of the 2010-11 campaign.

Dieter Hecking's team sit sixth in the German top flight after winning five of their first 10 games this term.

And sporting director Klaus Allofs believes Schafer's extension will be key to their future fortunes.

"This is an important step for him and for us. He is a face of VfL. He lives the virtues of the club," Allofs said.

Left-back Schafer has made over 240 appearances for Wolfsburg, scoring 14 goals.

He has won eight caps for Germany in his career, his debut coming in 2008 in a friendly against England.