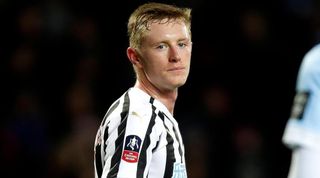 Newcastle are in talks with Sean Longstaff over a new contract, according to The Times.

The midfielder broke into the Magpies' first team under Rafael Benitez last season and went on to make 11 appearances in all competitions.

His impressive performances alerted the attention of Manchester United, who were linked with the 21-year-old throughout this summer.

However, Ole Gunnar Solskjaer's side were unable to prise Longstaff away from his boyhood club.

The Newcastle academy product is now in discussions over a new £80,000-per-week deal.

Longstaff's younger brother, Matty, could also put pen to paper on fresh terms to extend his own stay at St James' Park.