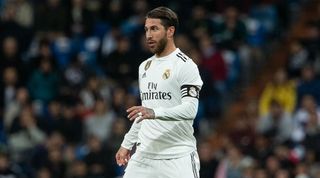 Sergio Ramos and his representatives have planned a meeting with Florentino Perez to discuss the Spaniard's furture.

Acccording to La Sexta, Ramos has a lucrative offer from China and wants his president's blessing.

However, it is thought that Perez will not allow his captain to leave.

The growing speculation is reportedly encouraging interest from other European clubs too.