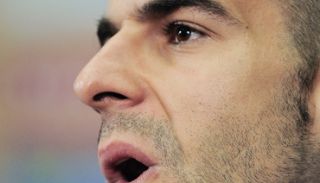 "He has said he wants to develop and that he wants to play in the Champions League," Del Nido told Sevilla's club television channel.

"One of the [interested] teams is Atletico Madrid and the other is outside of Spain. Sevilla will choose the best offer."

The 27-year-old striker was the highest Spanish scorer in La Liga last season with 25 goals, but his club missed out on the Champions League with a ninth-placed finish.

He was overlooked for the world and European champions's trip to play the Confederations Cup in Brazil when Spain coach Vicente del Bosque chose Valencia's Roberto Soldado ahead of him.

Negredo, who is valued at 20 million euros on website transfermarkt.com which tracks deals for football players, looks set to be the latest in a string of exits from Sevilla after Jesus Navas joined Manchester City, Luis Alberto went to Liverpool and Antonio Luna signed for Aston Villa.