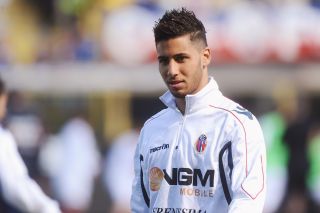 The 21-year-old emerged on manager Walter Mazzarri's radar after impressing during his two years with Bologna.

He enhanced his reputation with a goal on his international debut in a FIFA World Cup qualifier against Benin in March, having previously represented France, the country of his birth, at youth level.

The move to the 18-times Italian champions marks a new milestone for the midfielder.

"I am very happy and I want to thank Bologna and Inter for giving me this opportunity," he told Sky Sport Italia.

"I'm happy, Inter are a great team that (have) won everything."