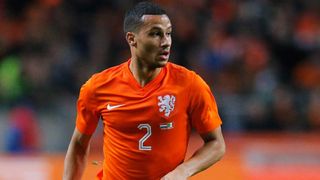 The Netherlands international, who has won three Eredivisie titles and made 163 appearances with the Amsterdam club, has left for an undisclosed fee reported to be €1.3million.

"Ajax and Club Brugge have reached an agreement for the transfer of Ricardo van Rhijn," an Ajax statement confirmed.

"The transfer to the Belgian club is effective immediately. The defender had been under contract with Ajax until June 30, 2018."

"I think a club like Club Brugge has to go for the championship," Van Rhijn told the club's official TV channel. "My goal, therefore, is to be champion and to play good games."

The 25-year-old, who rejected the chance to join Everton in January, made only 12 appearances in the Dutch top flight last season.