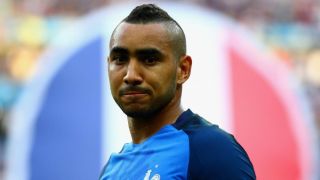 West Ham will not listen to offers under £50million for Dimitri Payet, says co-chairman David Gold.

Payet enjoyed a superb first season with West Ham, scoring 12 goals and providing 15 assists and has since been linked with the likes of Chelsea, Manchester City and Paris Saint-Germain.

The attacking midfielder's marvellous performance at Euro 2016, where he found the net three times and recorded two assists, will only have served to increase the speculation surrounding his future.

His performances during France's run to the final, where the hosts lost 1-0 to Portugal, saw Payet named in the team of the tournament by UEFA.

And, speaking to BBC Radio Five Live, Gold said of Payet: "The super-clubs would come after a player of his ability. We wouldn't even listen to any offer under £50million and even then we need to keep our best players so we just don't welcome any offers at all for Dimitri.

"He's instrumental, he's important to us, the team is built round him and he's not for sale."

Asked how West Ham can keep the former Saint-Etienne, Lille and Marseille man at the club Gold replied: "You make him as happy as you can, he has a great relationship with the manager, which is very, very important to a player.

"He's settled in London with this family, the fans adore him and we're going to the Olympic Stadium.

"We've done everything we possibly could do. I'm hoping that will be enough."