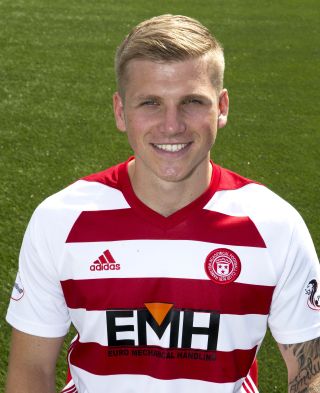 Hamilton midfielder Will Collar is back training with the first team for the first time this season but will not be ready to play in Saturday’s home meeting with Rangers.

The 23-year-old has been out with a shin problem and will take part in a friendly match next week.

Alfredo Morelos will not be guaranteed a place in the Rangers squad, despite turning over a new leaf with boss Steven Gerrard.

The striker, still linked with a move to Lille, was left out of last week’s win over Kilmarnock after Gerrard accused him of taking his “eye off the ball” in training. He has improved his focus this week, but Gerrard will leave it late before deciding if he faces Brian Rice’s team.

Allan McGregor will compete with Jon McLaughlin to start in goal after recovering from the knock that has kept him out for the last four games, while Leon Balogun is back from a quad strain.

But the comeback target for Joe Aribo (ankle) and Jermain Defoe (hamstring) has been pushed back to Dundee United’s Ibrox visit after the international break, while Nikola Katic (knee) is a long-term absentee.