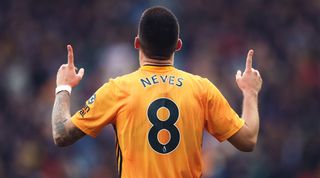 Wolverhampton Wanderers have come a little unstuck in recent weeks, following two straight defeats to Arsenal and Sheffield United. The hunt for Champions League football is probably just beyond their reach at this stage, but the good news is it only appears a matter of time before Europa League football is secured.

Everton's hopes of breaking into the top ten look slim now, with Burnley four points ahead of them in the table. It's been a season of highs and lows for the Toffees, who look a decent outfit with Carlo Ancelotti calking the shots but lack the midfield quality required to push for Europe in their current state. A trip to Wolves is precisely what Don Carlo needs to assess the players at his disposal ahead of next season.

Kick-off is at 12pm BST and the game is being shown on Sky One/Sky Sport Premier League/Sky Sports Main Event/Sky Sports Ultra HD/Pick in the UK. See below for watching details where you are.