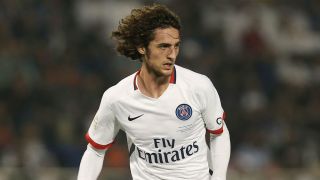 Former Barcelona captain Xavi believes Paris Saint-Germain midfielder Adrien Rabiot has what it takes to play for the Catalan giants.

The 22-year-old has developed into a key figure at Parc des Princes since breaking into the first team in 2012-13 and has already made over 150 appearances in all competitions for PSG.

His good performances have not gone unnoticed elsewhere and Xavi has now tipped the France international to join Barcelona at some stage in the future.

"Rabiot could play for Barcelona," Xavi told Le Parisien. "He would adapt to Barcelona without any problems.

"He knows how to organise play, can defend, dribble and attack.

"In short, he is a very complete player. He is great both with and without the ball."

Rabiot has a contract with PSG until June 2019.