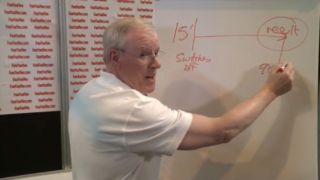 Say all you like about 'Fergie Time', but it's neither coincidence nor conspiracy that Manchester United score so often in the dying stages of a match.

The reason is simple: unlike many other teams, the Red Devils never switch off before the final whistle.

So what can you do to be the team who scores goals late on, rather than concedes them? Former Manchester United and England psychologist Bill Beswick talks you through having the right mindset during those last 15 minutes of a game.

Keep your focus and keep on playing until the job is done.

Also see:
How to deal with a mouthy player
How to bounce back from a mistake
Managing the pressures of a penalty
Get the best out of a big ego
Dealing with the red mist
Dealing with a dressing room feud
Last five minutes and you need a goal