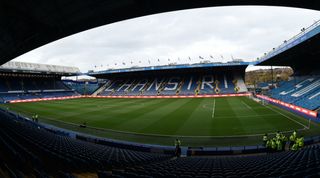 Wednesday dropped to 16th in the Championship table after losing 3-0 to Burton on New Year's Day, having sacked manager Carlos Carvalhal on Christmas Eve.

The hiring of new chief executive officer Katrien Meire did little to raise spirits either – the much-maligned former Charlton chief who was brought to The Valley by unpopular owner Roland Duchatelet and left her post a week ago.

Because things aren't going so well at managerless Wednesday, owner Dejphon Chansiri has offered a solution with 10 home games of the season left to play.

The official statement read: "In his recent 'Ask the chairman epilogue' Owls chairman Dejphon Chansiri offered supporters the option of a conditional refund on 2017/18 season tickets.

"Supporters are advised that any season ticket holder wishing to take advantage of Mr. Chansiri's offer should email: ticketenquiries@swfc.co.uk by this Friday, 5 January at 5pm.

"The club will contact everyone who has made the request next week with full details of the conditions and how the refund will be facilitated."