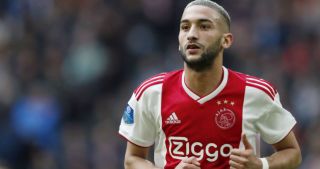 The 26-year-old has previously stated that should he move to England, his preference would be to sign for Arsenal ahead of any other club.

Ajax have put a £30m price tag on the winger, according to The Daily Mirror.

But with interest from around Europe, the Gunners may face a fight to sign him with offers from AS Roma and clubs in Germany and Spain apparently on the table.

Ziyech has enjoyed three seasons in Amsterdam, making 130 appearances, scoring 40 goals and providing 61 assists and caught the eye during Ajax's scintillating run to the semi-finals of the UEFA Champions League.

5 players Arsenal should sell this summer