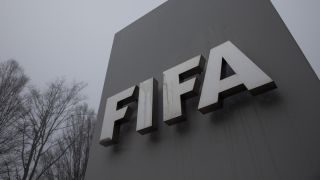 Former El Salvador head coach Ramon Maradiaga has been handed a two-year ban from all football activities by FIFA for allegedly failing to report a match-fixing attempt.

The suspension relates to events before a World Cup qualifier between El Salvador and Canada in September 2016.

El Salvador were already unable to reach Russia 2018 and lost the match 3-1, although Canada failed to progress to the next phase of CONCACAF qualification after Honduras drew 0-0 away to Mexico.

A statement released by FIFA announced that Maradiaga had violated regulations relating to bribery and corruption, along with those concerning duty of disclosure, cooperation and reporting.

"The investigation against Mr Maradiaga opened on 18 July 2017, on the basis, inter alia, of a report from the FIFA Integrity Department," FIFA's statement read.

"Based on the report, the investigatory chamber investigated and analysed Mr Maradiaga's involvement in an attempt to manipulate matches, allowing and not reporting a meeting held between the players of the national team of El Salvador and a third party, in which financial compensation was promised to the players in exchange for their altering the result of the game between El Salvador and Canada.

"The offer was rejected and reported by the players of the national team of El Salvador via a press conference on September 5, 2016."

FIFA notified ex-Honduras international Maradiaga of his ban on Thursday and it comes into force with immediate effect. He was also fined 20,000 Swiss francs (€16,737/$20,095).