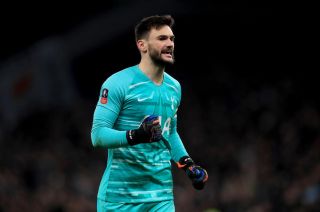 Tottenham captain Hugo Lloris knows his side have to get something from their visit to Chelsea on Saturday.

Spurs return to action less than 72 hours after their Champions League loss to RB Leipzig and there is no let up as the Stamford Bridge clash is one that could be decisive in the race for top four.

Having been 12 points behind Frank Lampard’s side when Jose Mourinho took over in November, Spurs would go above them with a win.

But factors are against them as not only have they got a quick turnaround, but they are also without their best two attacking threats in Harry Kane and Son Heung-min.

“We had a difficult game, we made a lot of effort against a very good team,” Lloris said after the Leipzig game.

“Now we have two days to recover and prepare for the game. We know the type of game we expect at Chelsea.

“I think it is quite clear that we have to get something from there. So let’s see, it is going to be interesting.

“They lost their last home game, there is going to be a lot of pressure for both sides.

“We will do our best. The spirit is great, we just want to keep fighting, it is the only way to get out from this difficult season.”

The loss of Son is a bitter blow for Spurs as they are now left without a recognised striker.

Because of that Mourinho’s men are probably not favourites to reach the top four, but Lloris insists spirit in the camp is good.

“At the moment no one puts a coin on Tottenham. We know that,” he said.

“But we stay positive, we keep believing in ourselves and at the end we try to do our maximum.

“Every game is a battle and we will try to put all our energy to leave everything on the pitch and leave the pitch without regret.

“That is what we are looking for.”