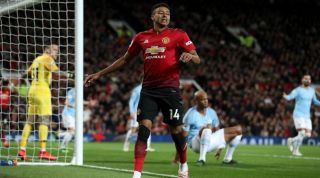 There’s a legendary Manchester United player – let’s call him Paddy Crerand – who makes himself scarce from the manager at Old Trafford after United have lost a game. He knows that it’s not the time for glad handing, reminiscing or small talk. Defeat in football is failure. And timing and tone is vital.

The mood when a team has won is almost always happy. And the opposite is true. When a team is winning, players can get away with doing pretty much as they please. So what if they were seen in a casino at 2am on Monday morning when they’ve scored the winner against Manchester City the day before?

Eric Cantona could turn up for the black tie leaving function of long time kit man Norman Davies dressed in trainers and a red jacket because he was Cantona and he was United’s best player. He was allowed to be indulged and who was to complain?

Manchester United finished last season with two wins from their final twelve games. In short, it was not the time for turning up in red jackets. The mood among fans stinks. Manchester United should not be sixth in the table.

It does not go down well when players are seen to be making light-hearted jokes on social media, to be all sweetness and light when the people who pay their wages feel angry and let down.

Not for the first time, Jesse Lingard got the tone wrong this week online. The 26-year-old did a Instagram post this week where he sings “beans, beans, beans” into a camera while on holiday.

He’s not sinking 12 pints and having a fight with an American sailor like the United legends of yore, and on one level it’s harmless and daft: two lads high on life and delighted to be on Miami’s aspirational South Beach.

It's also true that some of his critics have too much time on their hands and really should be doing something different in the close season than indulging in faux outrage, but the tone and timing is still wrong.

United fans are pissed off and annoyed, and Lingard has hardly been a standout player to buy himself a pass out of the malaise. Lingard had a good World Cup but a poor domestic season. Half of his goals and all of his assists came in the first eight games under Ole Gunnar Solskjaer, just about the only part of the season where he hit form. He managed four goals, a disappointing return.

In post-season he’s been better known for his social media mishaps. A few weeks ago, he added a personalised ‘JLingz’ logo used by his fashion brand on a memorial tribute to victims of the Manchester Arena attack. It looked, and was, crass. The backlash was not surprising.

Footballers – or rather the people who manage their social media accounts – don’t always help themselves and nor is it the first time. In 2018, a misspelt, mistimed, tweet was posted from Lingard’s account about playing a FIFA game with Marcus Rashford. It unfortunately coincided with the 60th anniversary memorial for the Munich air disaster – when Lingard was at said memorial. He later apologised, blaming “a member of my media team.” Deary me.

If his social media output cannot be done properly then he shouldn’t be on social media. If you’re underachieving publicly – and, like every Manchester United player he is – then what good can come from posting daft nonsense? He’s appealing to a wide demographic, mind, and what invokes tut tutting from a 40-something fan brings approval from my 12-year-old brother. He sees no issue with a United player messing about on holiday and living the dream.

“I like him having banter with Rashford and I like them going on go away on holiday together,” he said. “Football should be about playing with your mates and having a laugh, but maybe he should cut it down a bit and do better on the pitch.”

Most fans do expect better, though Lingard doesn’t deserve some of the most pernicious abuse which comes his way and nor is he a bad lad. Lingard’s pleasant, popular and he’s done very well to be a professional footballer with Manchester United. I’ve not heard a single complaint about his lack of professionalism, but he’s endearing himself to few United fans with his social media output. You can get it right – and he’s getting it wrong, just as Tom Cleverley got it wrong with a slick website befitting an established world class footballer. Sometimes it’s not bad to know your lane.

Lingard doesn’t have to be off social media, but his lack of self awareness is evident. He’s using a huge platform to send a message out that isn't going down well with his constituents. It’s one thing to “always be yourself” as he puts on his Instagram to his 6.3 million followers, but he’s empowering his haters with ammunition. There are better ways to do this.

Scott McTominay showing himself training in Barcelona is what fans want to see. Commitment, determination, fire. If McTominay wants to go to crack dens in the Raval afterwards then that’s up to him, but don't put it on social media. Enough fans are forming an opinion of players from their social media output. That’s not right, but that’s the superficial world we’re in, but we’re in it. That’s something Lingard could grasp better.