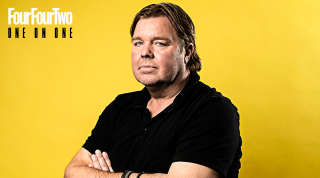 Brolin moved to Elland Road in 1995 after a successful spell in Italy with Parma, where he lifted the 1993 UEFA Super Cup and 1995 UEFA Cup.

The Swede’s time in England with Leeds and Crystal Palace was less successful, though; after two seasons at Leeds interspersed with loan spells away from Yorkshire, he lasted just half a season at Selhurst Park.

Brolin returned to Leeds after short-term spells away at Zurich and former club Parma – but first impressions under manager George Graham were not ideal. The then-27-year-old set off to join his team’s pre-season training camp, but was delayed by a bizarre freak of nature after a bird struck his car.

Speaking exclusively in the August 2018 FourFourTwo magazine, out now, Brolin says: “It was a really big bird. The car window was smashed and I couldn’t see where I was going because of the sunlight.

“You can’t just leave the car in the middle of the motorway, so I missed the flight to England.

“I was an hour late for the first training session and they fined me one week’s wages. That was a good start for me under George Graham at Leeds!”

While Brolin’s relationship with the Leeds boss continued to sour – he was left out of their pre-season tour to Sweden, of all places, and forced to find a new club – the media claim that he had actually driven into an elk is something which he strongly refutes.

“I wasn’t blind, it definitely wasn’t an elk,” he says. “A few years later, though, I did hit an elk and it was a scary experience – the car was completely destroyed.”

Read the full interview with Tomas Brolin in the August 2018 issue of FourFourTwo magazine, in which we reveal David Beckham’s turbulent quest to be football’s first superstar owner, and look back to 1998 when he came Public Enemy No.1 following his red card at the World Cup. Also, we speak to new Liverpool signing Fabinho about becoming the new Stevie G at Anfield, recall the bonkers the story of Graeme Souness at Rangers, find out what Arsenal fans can expect from the four men filling Arsene Wenger’s sizeable shoes, visit the London-based firm fighting match-fixing around the world, and hail some of the worst football teams ever. Subscribe today!