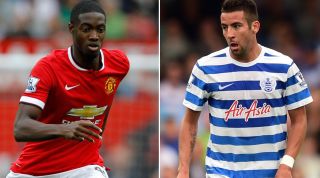 Cast your minds back, if you will, to just over a year ago. David Moyes is appointed Manchester United manager. He smiles for the cameras, offers the usual platitudes, but questions the club's pre-season tour and the 'commercial side' from the off.

In pre-season he changes the formation completely. He adopts a 3-5-2. In his opening game, he doesn't beat Swansea 4-1 but loses at home, 2-1. He switches Ashley Young to left-back and sells Danny Welbeck, Tom Lawrence and releases other members of United's fabled academy. In his next two league games after Swansea, he struggles to draws against Sunderland and Burnley, and in the midst of all this is absolutely battered 4-0 by MK Dons in the League Cup. What would the reaction be?

Such is the power of reputation. Van Gaal has done all of the above in his opening weeks at Old Trafford, but the man comes from a background of winning and has been given the benefit of the doubt.

Clearly there are mitigating circumstances in his defence - a squad already light in quality lost 11 more senior players in the summer, while all managers need a window to adjust, particularly when simultaneously having to adapt to an entirely new culture.

But United's start has been nothing short of catastrophic, teething problems or not, and one wonders how it would have been received had The Old Boss made such a start. A track record of winning doesn't just look good on your CV, it's also important currency. It buys you time.

Van Gaal has said he requires three months to adapt to life in England and is adamant his new-look team will not gel before then. An entire team's worth of injuries has surely not helped either - and has been often overlooked when assessing United's slow start.

But with around £150 million splurged in the summer and players like Radamel Falcao, Angel Di Maria, Marcos Rojo and Luke Shaw now in the squad, a new look Manchester United will start to take shape very soon, starting with this weekend's game against QPR.

So far this season, the Rs have been a curious case. Beaten by Hull and battered by Spurs, they then recovered to beat a Sunderland side who'd looked resilient in their opening games against West Brom and Man United.

We had predicted a Sunderland win based on the performances of the two teams to date, but perhaps QPR - slow starters due to a slew of late summer signings - aren't as bad as we've been led to believe.

The way Spurs viciously savaged them in a 4-0 win will worry Harry Redknapp, but despite only seeing 40% of the ball against the Black Cats and completing nearly half as many passes, they got the all-important winner to finally rack up points on the board. Redknapp's team go into Sunday's game above United in the table.

QPR's summer dealings (less of the wheeling, you) are of a genuinely impressive standard for a promoted side. The likes of Leroy Fer, Mauricio Isla, Eduardo Vargas and Sandro are all experienced internationals who, let's put it this way, you wouldn't expect to see at Burnley or other promoted sides of similar ilk.

Fer was classy on his Rs debut, creating five chances including the assist for Charlie Austin's winner, and if the new signings can hit the ground running then Van Gaal is in for yet another challenging game.

No easy ones in this league, Louis.

Phil Jones is out for a month, while Chris Smalling (groin) and Luke Shaw (hamstring) are in the Old Trafford treatment room but could shake off their physical miseries in time to feature this weekend. Marouane Fellaini, Jesse Lingard and Michael Carrick are longer-term absentees. Radamel Falcao, Marcos Rojo and Daley Blind could all make their debuts while Di Maria should make his first start at Old Trafford in a United shirt.

QPR are without Alejandro Faurlin, who has damaged his ACL again and is out until January at the earliest, while Eduardo Vargas beat fellow South American Rojo in the 'Who Can Get Their Work Permit Last' race but is eligible for selection, according to reports.

Known as 'El Tigre', Falcao is a real coup for a club exiled from European football this season. Some have questioned whether the Colombian will ever get back to peak performance levels after a serious injury sustained earlier this year ruled him out for six months and saw him miss the World Cup. But provided he can stay fit it's a gamble worth taking for United, particularly as their attacking play has looked so toothless of late with Juan Mata, Wayne Rooney and Robin van Persie struggling to click.

Falcao on his day is arguably the best striker in the world, a merciless predator who strikes like an animal in the box. "The penalty area is his garden," Diego Simeone once said about the player who helped Atletico Madrid win the Europa League and Copa del Rey. If QPR's defence is as cumbersome as it was at White Hart Lane a few weeks back they could be in for a rough ride.

Redknapp has had a lot to say during the international break, including, bizarrely, a dig at Hatem Ben Arfa, who he criticised for his open letter to Newcastle fans upon completing a loan move to Hull. "Let’s look at Ben Arfa’s team and keep it in what football often lacks today - perspective," Redknapp commented in his column for The Sun. "How many games did he play, 50 or 60? He is not exactly Alan Shearer, Jackie Milburn or Kevin Keegan is he? There now seems to be a growing trend among modern footballers to open their hearts and pour out sugar sweet nothings to the fans they leave behind."

Quite what Ben Arfa has to do with Redknapp or QPR is anyone's guess, but the hope is he'll be more focused on the challenge at Old Trafford this weekend.

Van Gaal finally gets his first United win, but it doesn't come easy. 2-1.