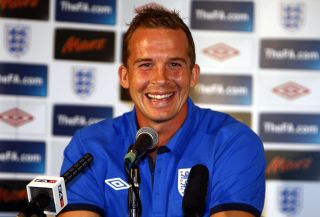 Hi Kevin. FFT's Hitesh Ratna claims he once saw you in a Southampton nightclub wearing a full-length, Matrix-style leather jacket. Do you still have it?
Hi mate. That’s simply not true. I’m not much of a leather jacket man, and I’ve definitely never had a full-length one. Not my style at all!

We’ll make sure Hitesh is dealt with for spreading such untruths.
[Laughing] He’s lying! I don’t know where he got that from. A lookalike maybe?

Perhaps. Talking of gossip, you’re a Twitterer, and we’ve learned all sorts. What’s this about you keeping donkeys?
Yes, we’ve got a couple of donkeys that I bought at a local farm as babies. I thought it would be fun for the kids, and we’ve got a bit of land they can roam about on. They’re called Indy and Sky, after Indiana Jones and Luke Skywalker.

Do you ride them? A hulking footballer like you would break their backs, surely?
You can’t ride them until they’re three years old. I won’t be getting on, though!

You also reveal that your heating got cut off after a mix-up over a bill. Are the Davies family still shivering?
Yeah, the kids are wrapped up in blankets... and the pyjamas and hot water bottles have come out.

We can’t see you as a PJs man.
Why not, in the winter? It’s pretty cold at the moment.

Ever considered the slanket?
No, although I bet my missus would like one. She’s on at me to get her one of those giant Babygros, but I can’t find one anywhere.

Ever been tempted to twang an opponent’s snood?
They’re a bit wrong, aren’t they? Some of our lads have them in training, which is fair enough, but not in a game. They’re not very manly.

Go on, Kev, give Carlos Tevez’s snood a good yank when you next see him!
No comment on that!

Fair enough. If you had to have an operation to become a woman, what name would you go for?
Maybe Casey. My missus calls me ‘KC’ sometimes – they’re my first two initials. So Casey might work.

Would you rather own a hoverboard or a puppy that can sing West End show tunes on demand?
Who writes these questions?

Do you feel like you’re wasting five minutes of your life here?
No, they’re fine – just a bit different!

Good. Puppy or hoverboard, Kev?
Oh, definitely the hoverboard. I don’t like walking places so that would be great for nipping around on. And I’m not much of a one for show tunes, so the puppy would get annoying.

Valentine’s Day is coming up. Ever sent a girl an oversized teddy clutching a tiny heart-shaped pillow with ‘I Luv U’ on it?
I can’t say I have. I’m not a big fan of the day and neither is my missus. We call it Amateurs’ Night.

You must surely have received one of those gigantic cards over the years?
Yeah, I did all right when I was younger. But I’ve had no massive cards for a while.

What sort of mental image does Sergeant Leatherlord conjure up to you?
I wouldn’t like to say, really. It’s not a good image. Maybe me in my Matrix leather jacket?

A-ha! A confession!
I was kidding. I never owned that jacket.

Remembering the details –  Hitesh claims you were with James Beattie, who wore a similar, equally shameful garment.
I’m getting vague memories now. I think one of the lads at Southampton might have owned a terrible leather one. We were all trying it on and mucking about. Maybe that’s when he saw us?

You’re off the hook, Kev! Finally, can we have a hug down the phone?
How would that work, then?

Er... we’ve never really thought about the logistics, to be honest. I guess we just send each other a mental hug.
There you go then. Have a hug.

Interview: Nick Moore. From the February 2011 issue of FourFourTwo.