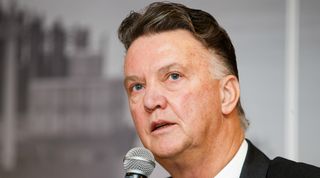 The Dutchman could have taken over as Belgium manager shortly after he was sacked by Manchester United in 2016, but the Belgian FA opted for Roberto Martinez instead.

Van Gaal signed a three-year contract when he became Manchester United boss. And the 66-year-old claims the reason for not taking the other Red Devils job was his unwillingness to lose the last year of his pay-off - an act he now labels "resentful and vindictive".

"It would have been really great if I'd become Belgium national coach, but I was so resentful and vindictive that I let that job go by," Van Gaal told De Volkskrant.

"It was stupid, really, because the sporting value should always come in the first place. That should have been the most important thing. But that's how I looked at things. It was not about money. It was all about the act of revenge.

"I went for my instinct, not the rational. I just have to live with that. I've been a really successful manager, so I don't want to slag the world of football down. I've had a lot of good times.''

However, despite his guilty conscience, Van Gaal still feels bitter towards United's hierarchy for his treatment.

"The way Manchester United have treated me was terrible," he said.

"They have been mean and low. In contrast, the way president [Josep Lluis] Nunez of Barcelona treated me was fantastic.

"That proves that the world of football is not full of false people. There are also straight and warm people among those people."