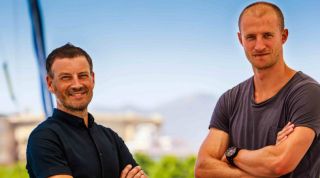 As we count down to the first game of the 2017/18 Premier League campaign between Arsenal and Leicester on Friday night (five days people... five days), Norwegian station TV2 have bolstered their punditry roster with the addition of Mark Clattenburg.

'Clatts' has quickly developed a reputation for being one of the authoritative refereeing voices in world football, having stepped down from Premier League duties in February to become the head of refs in Saudi Arabia.

Nicklas Bendtner 'celebrates' goal for Rosenborg by moaning at team-mate

But the 42-year-old, who refereed the 2016 Champions League and European Championship finals, has tied up a deal with the Norwegian channel to be a pundit alongside former Fulham and Crystal Palace defender Brede Hangeland.

Clattenburg will be an analyst from the broadcaster's studio in Bergen, and via Skype sporadically, and follows the footsteps of ex-ref Howard Webb who has offered his wisdom on BT Sport for the last two seasons. Clattenburg covered Webb's usual gig during Sunday's Community Shield.

Clattenburg told TV2 in an official statement: "I'm very excited to be part of the team. It's an exciting team. I want to contribute my knowledge after 13 years in the Premier League, but also make people understand what it's like to be a referee at the top level.

"I'm most likely to make mistakes, that's for sure. I've been wrong many times, but I want people to get an understanding that football is not just about decisions but about a lot of other things."

Get that man a new tattoo.