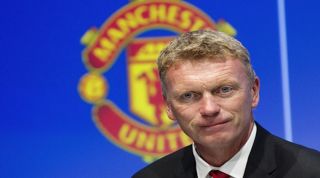 David Moyes has spoken bullishly about adding to Manchester United's squad before the end of the transfer window, insisting that a number of deals will be completed imminently, as soon as his office phone is installed.

Mooted bids for Thiago Alcantara, Cesc Fabregas and Leighton Baines have all failed to materialise, leading several pundits to surmise that Moyes inability to make voice contact with potential targets may be hampering his quest for signings.

"Moysie [David Moyes] moved his stuff into the manager's office six weeks ago, and it's taken a bit of time to get everything up and running," explained a Manchester United insider.

"We've got the wall-mounted telly linked up to the DVD player, and we just finished tooling up the espresso machine, which took ages. I suppose nobody thought a phone was a priority.

"Still, we've got him on the staff intranet, so at least there's no chance of him missing after-work drinks or not signing someone's birthday card."

Moyes' attempts to make contact with Barcelona with a view to buying Alcantara or Fabregas were conducted by handwritten letter, which the ex-Everton admits is not the most efficient way of negotiating a move.

"We sent two letters to Barça, but all we got back was a signed photo of Lionel Messi. It's a start, but with the season about to start, we need more than that. Phil Neville follows Cesc on Twitter, which might be a good way to test the water. But the guys have assured me that we'll have the phones up and running in no time. Certainly before the Community Shield, or at a pinch, just after. The end of next week at the very latest."

Moyes's problem is compounded by the fact that Manchester United headquarters is notoriously a mobile black spot.

"I can almost never get more than one bar," he told FourFourTwo, and when I do get through to someone and introduce myself as the Manchester United manager, they think it's some joker doing a bad Alex Ferguson impression."

"On the plus side," Moyes continued, Wayne Rooney's not been able to call me to ask for a transfer. I told him he had to put it in writing, so, yeah, he'll be staying."