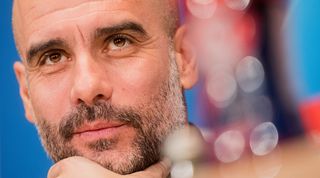 Gradually, attitudes have changed towards the January transfer window. Maybe they even have towards the transfer market as whole, gaudy symbol of football’s decadence that it has become.

Suddenly, the yellow ties and the breathless reporting are not only viewed as a bit naff, but also rather tasteless.

Locally, it’s particularly jarring. While Britain pokes around in pre-Brexit uncertainty, the Premier League continues to almost celebrate its own inefficiency. With a wink and a smile, vast payments are made to agents and huge sums of money disappear into the ether. The modern game seems to wear those issues as badges of honour, showing almost no appetite for reform.

The discourse is beginning to change, though. In fact, any time a head coach is asked a question pertaining to the January market, his stock answer is to decry just how impossible it is to find any value. It’s that kind of reluctance which implies that the penny has finally dropped.

Earlier in the season, during an interview broadcast live on BT Sport, it was interesting to hear Stuart Webber, Norwich City’s head of recruitment, suggest that the club would cheerfully meet its fate in the Premier League and that, irrespective of where they found themselves at the turn of the year, Norwich wouldn’t be panicked into spending huge sums on improving their first-team.

It’s a sensible approach, but one which has to survive plenty of pressures. The financial reward for staying in the Premier League is enormous, of course, it's one which practically dares clubs on the margins to push their chips into the middle of the table. In that regard, it’s worth wondering whether a mid-season transfer period is really in the game’s interests.

From a practical standpoint, it's obviously not. Players who join new teams mid-season are unlikely to assimilate into that new culture quickly enough to have a true impact. Additionally, the urgency of the situation instructing the transfer will, almost certainly, create some sort of inflation, exerted either on the fee itself, the deal’s secondary structure, or upon the wages paid to a player.

One of the hidden conclusions to draw is that it's also desperately unfair. The transfer market as a whole favours the wealthiest clubs, of course, but the January window seems to exert particular stress on those teams who are least equipped to bear it.

If, for instance, Manchester City decided to improve their squad during the next few weeks, the immediate impact of that decision would be fairly incidental. It might help them towards one or more of their footballing aims – progress in the Champions League, for instance – but the consequence of meeting or failing to meet those objectives doesn’t - Financial Fair Play compliance aside - come with any real long-term effect.

Conversely, for smaller, less affluent sides who potentially run the risk of relegation, January is a high stakes game, replete potentially with an era-defining legacy. Given the questionable merits of trading in the middle of the season, it amounts really to an opportunity for sides to flirt with financial ruin.

So perhaps this is one of those situations in which football needs to be protected from itself. Logically, with constant accusations of wastage, the game should be doing whatever it can to contain transfer dealing within the summer. It should want players to join new clubs during pre-season, when the time exists for them to embed properly and there aren’t the same time pressures on negotiations. It should want recruiting strategy to be done at a steady pulse.

Extending the summer period, into October or November and at the expense of January, for instance, might encourage that better planning over time, urging clubs to judge their needs over longer periods. It might also prevent them from having to tolerate as many flaws in players or concede ground to agents or other clubs who can smell their desperation. In fact, it's difficult to see how it would do anything other than improve the overall health of the market place.

QUIZ Can you name the 50 highest foreign goalscorers in Premier League history?